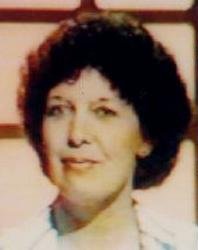 Hilary Hopper was the champion of Series 13, a participant in Championship of Champions IV, a quarter-finalist in the Supreme Championship and the runner-up of the Ladies' Championship. She was a drama teacher from St. John's near Woking.

Hopper first appeared as a contestant, defeating Cath Powell, in the third heat game of the series on 3 July 1987. Hopper won three more games and drew one before falling at the hands of Robert Randall. She returned for the finals as No. 4 seed, defeating John Clark in the quarter-finals and Nita Marr in the semi-finals. In the Grand Final, despite making a mistake in the first round by declaring RATION when there was no A in the selection, she put in a commanding performance against Kevin Nelson. She led 84 – 79 going into the final conundrum which read BLINDBRIG, and Nelson buzzed in first but said he had got it wrong, after which Hopper correctly buzzed in with DRIBBLING to become only the second ever female series champion, with a 94 – 79 scoreline.

Hopper returned for Championship of Champions IV in 1989, but was beaten in the first round by Steve Williams on the crucial conundrum TRANSCEND.

Hopper later appeared once again in the Supreme Championship, heavily beating Anthony Butcher 56 – 23 in her first-round game. Hopper next played Wayne Summers, a CoC winner who had received a bye into the semi-finals, and was on similarly good form, offering the impressive words AXIOMS and COPIOUS. In the group final, she beat Damian Eadie 59 – 40 to take her into the Supreme final stages, but was ultimately beaten by Tim Morrissey after neither player solved the crucial conundrum, DOWNGRADE.

Hopper returned to the show for one final time in 2003 for a 3-day Ladies' Championship series against fellow female series champions. She beat Liz Barber in the first game, before losing to Kate Ogilvie in the final.

With a Countdown career spanning over a decade and a half, Hopper is considered one of the all-time greats of the show. Her numbers skill were particularly strong; she maintained an impressive streak of scoring 7 or 10 points in every numbers round up until her first match in the Ladies' Championship, where she failed to score in the second numbers round.