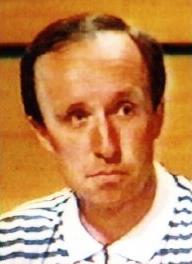 Stephen Balment was the Series 12 champion, as well as a participant in Championship of Champions III and the Supreme Championship.

A computer programmer from Leicester, he made his debut on 14 April 1987, beating Keith Albans 83 – 45, setting a record score that would remain unequalled for nine years and ultimately unbeaten following Countdown changing formats to the 15 round game. The show would go on to be repeated on more than one occasion over the years. Balment won two more heats before eventually succumbing to Mike Tobias, but would return for the quarter-finals as #4 seed. There, he defeated Nigel Aspden and Jon Marsh on his way to the final against Janet McRae, and saw off McRae's challenge to emerge the 81 – 66 winner and the champion of the twelfth series of Countdown.

Balment returned the following series for Championship of Champions III, but was beaten by Darryl Francis in the first round.

He returned one last time for the Supreme Championship in 1996, beating Gino Corr in the first round but losing to Joyce Cansfield in the second.

Balment is also an active player on the British Scrabble circuit, where he is known as the 'Yo-Yo' because of his wildly fluctuating rating.

* includes 10 points from a tie-break conundrum
Retrieved from "https://wiki.apterous.org/index.php?title=Stephen_Balment&oldid=140729"
Categories: