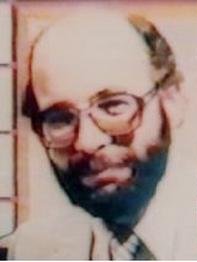 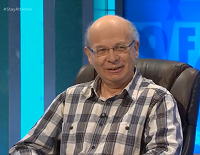 ...and in the 30th Birthday Championship three decades later!

Darryl Francis was an octochamp in and the champion of Series 6, who débuted in Series 1. He was also a semi-finalist in Championship of Champions III, and a participant in the Supreme Championship and the 30th Birthday Championship. His Countdown appearances span an incredible 31 years.

A computer manager from Isleworth, Middlesex, Francis first appeared in the twelfth ever episode, losing his only game to Joe Guy. However, he was later invited back for Series 6, where he became an octochamp and ended up No. 2 seed for the finals. He is the first octochamp ever to unravel all eight conundrums in the heat games.

In his quarter-final, Francis eliminated No. 7 seed Neil Wilkins by a 21-point margin. In his semi-final against Adam Gilinsky he scored 72 points, the highest of the series. He then went on to beat Olivia Lloyd in the grand final, and became the first ever xicount, or series champion who was also an octochamp. He is also the first series winner to have previously appeared in an earlier series.

Interestingly, both Francis and the No. 1 seed, Helen Grayson, had previously appeared in the same series, Series 1.

Francis returned to Countdown in 1996 for the Supreme Championship where, after a first round win over Mike Percik, he was defeated by Allan Saldanha, who equalled the record for the highest score ever achieved in a 9-round game of Countdown.

He returned to the show again in 2013, as one of 41 contestants taking part in the 30th Birthday Championship; of these, he was the one who originally appeared on Countdown the earliest. After some practice on Apterous, he won his first match against Series 22 semi-finalist David Webb by a score of 86 – 68, then beat Series 21 champion Barry Grossman in the first round, before losing to Series 53 semi-finalist Jon O'Neill, despite scoring a personal best of 91.

Francis is also a Scrabble expert who has contributed to some books about the game, and has appeared on Turnabout and BrainTeaser. In 2017, he appeared on Eggheads with Series 67 champion and fellow quizzer Paul James.