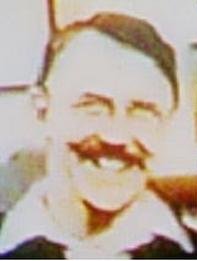 Brian Hudson was the Series 4 champion.

A textile executive from Stockport, Cheshire, he made his debut on 28 May 1984, defeating Colin Woollard 45 – 31. he racked up three more wins before falling at the hands of Tony Rand. However, his four wins were enough to ensure him a place in the finals as #5 seed, where he defeated Mike Willis in the quarter-finals and Robert Richland in the semis to set up a final against Christine Hunt. After a close start, Hudson romped away at the end, beating Hunt 87 – 55 to become the fourth series champion.

He returned at the start of the next series for Championship of Champions I, but was defeated in the first round by fellow series champion Ash Haji 49 – 35. Hudson also appeared on the special episode to celebrate Countdown's 500th show on 2 February 1987, and competed in the Countdown Masters in 1989 and 1990.

Hudson returned to Leeds in 1996 for the Supreme Championship, beating Mandi Hale in his first game after solving two crucial conundrums to turn a 10-point deficit into a 58 – 48 win. However, he narrowly lost his next match 52 – 51 to Barry Grossman. In this game Grossman beat Hudson with the word STOPGAP. However, Hudson clawed back 6 points with WASTED. The crucial conundrum BITSOFTER was revealed, but Hudson lost by one point after neither player could offer anything within the 30 seconds.

His wife, Barbara, made an appearance as a contestant in Series 22, but didn't come close to matching Brian's high standards.

* includes 10 points from a tie-break conundrum
Retrieved from "https://wiki.apterous.org/index.php?title=Brian_Hudson&oldid=123618"
Categories: