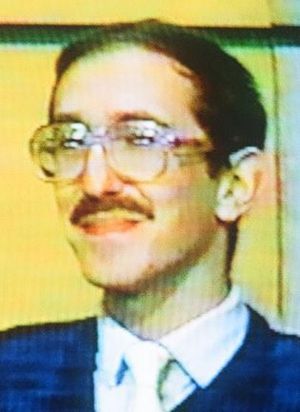 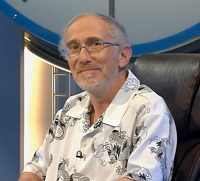 ...and 22 years later in the 30th Birthday Championship! 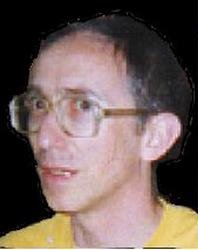 Barry Grossman not on the show.

Barry Grossman was the Series 21 champion and a participant in the 30th Birthday Championship.

He was a Glaswegian living and working in London, first appeared aged 35 on Countdown midway through Series 21, defeating Nick Saloman 62 – 53 on his debut on 14 February 1991. Grossman won four more games before losing his 6th to Gillian Tickle 54 – 51, but his scores were high enough to ensure him a place in the final rounds as #3 seed. He defeated Adam Simmons in the quarter-final, before 'gaining revenge' by defeating Gillian Tickle 59 – 44 in the semi-final. Despite having his first word disallowed, Grossman dominated the final against Jackie McLeod, winning 99 – 67 to become the 21st series champion.

Grossman returned in 1993 for Championship of Champions VI, but was beaten in the first round by Robert Teuton.

Grossman also participated in the Supreme Championship in 1996, beating Robert Violett and Brian Hudson before being beaten in the group finals by eventual winner Harvey Freeman.

He returned to Countdown in 2013, as one of 41 contestants taking part in the 30th Birthday Championship. He won his first match in a rematch of the Series 21 final against Jackie McLeod by a score of 79 – 65, before losing to Series 6 champion Darryl Francis on a crucial conundrum.

Grossman is also a Scrabble expert, and has appeared under a different name on Fifteen to One. He has also written several books on Scrabble, including Scrabble: Play to Win and 101 Ways to Win at Scrabble.