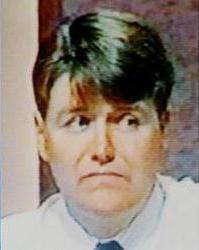 Robert Teuton was the runner-up of Series 22, a semi-finalist in Championship of Champions VI and a participant in the Supreme Championship. He was a sales administrator from Bristol.

Teuton defeated Scrabble master David Webb 64 – 41 in his first appearance in 1991, and won a further four games before losing to Jonathan Gresty and his impressive score of 71. Teuton returned for the final rounds as No. 3 seed, and beat Niall Laverty and Jim Saunders on his way to the final. In the final against Chris Waddington, Teuton was leading by a mere two points going into the conundrum, but Waddington beat him to the buzzer with 1 second remaining, meaning Teuton had to settle for second place.

Teuton played in Championship of Champions VI, beating Barry Grossman in the first round before losing again to Chris Waddington in the semi-final, on another crucial conundrum solved very close to the end of the time.

Teuton returned in 1996 for the Supreme Championship, but was defeated by Tony Vick in the first round.

Prior to appearing on Countdown, he was also a 5-times undefeated winner of BBC2's Catchword in 1989.

* includes 10 points from a tie-break conundrum
Retrieved from "https://wiki.apterous.org/index.php?title=Robert_Teuton&oldid=141110"
Categories: