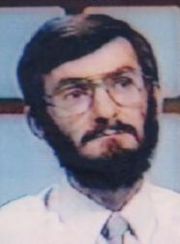 Tony Vick was the champion of Series 16 and a participant in the Supreme Championship.

He made his debut on 20 July 1988, the day following octochamp Steve Williams's final heat. Vick defeated Mick Rann 56 – 27, and won two more games before falling to Maxine Keegan 58 – 53. However, Vick's 3 wins were enough to see him return for the quarter-finals as #7 seed. Vick beat Jenny Haldane and John Widdowson in the quarter- and semi-finals respectively, and comfortably beat Roger Wales in the final by 100 points to 69 to become champion of series 16.

Vick returned for Championship of Champions IV, and after beating Dick Green in the first round, faced Steve Williams — the man he had missed by a day in the series 16 heats — in the semi-final. In a classic encounter, Vick found himself 70 – 60 down going into the crucial conundrum, which he unscrambled in one second to take the scores to 70-all. In the sudden death conundrum, it took Vick 26 seconds to unscramble IMPOUNDED, but that was enough for him to run out the 80 – 70 winner — the highest aggregate score in the history of the 9 round game. In the final, however, Vick met his match in Nic Brown, and lost the game 78 – 68.

Vick returned in 1996 for the Supreme Championship, beating Robert Teuton and Gareth Williams before succumbing to Tim Morrissey in the group final stage.