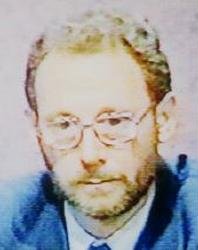 Chris Waddington was an octochamp in and the champion of Series 22, as well as the runner-up of Championship of Champions VI. He was a senior costings clerk from Loughborough.

He first appeared on Countdown towards the end of Series 22, beating Karen Willis 56 – 52 in a closely-contested match. Waddington went on to win seven more games to become an octochamp and #1 seed for the series. In the final rounds, Waddington beat Philip Griffiths and David Webb before taking on Robert Teuton in the final. The final was nip and tuck all the way, eventually being decided on a crucial conundrum, which Waddington unscrambled at the very last second to snatch a 98 – 90 victory and become the 22nd series champion.

Waddington returned for Championship of Champions VI, beating Jackie McLeod in the first round and winning a rematch with Robert Teuton on his way to the final against Wayne Summers. This time, it was all done and dusted by the conundrum, with Waddington for once emerging on the losing side, going down 79 – 67.

Waddington returned to Countdown one last time for the Supreme Championship at the end of 1996. His first game was against Christine Hunt of Series 4, and he made good finds of STEALING and BUSHEL but had sublets ☓ disallowed to set up a crucial conundrum. He quickly turned INTERNOTE into RETENTION to win 58 – 41. He next faced another boy wonder in the shape of Andrew Perry. This game again finished with Waddington buzzing in on a crucial conundrum, ANOISYEGG. However, his answer of SYNAGOGUE was wrong, leaving Perry to beat him 37 – 43.

Waddington is still interested in Countdown, and is a member of the online forum C4Countdown.