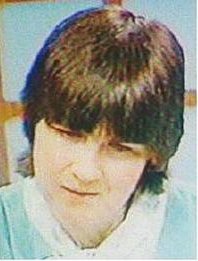 Christine Hunt was the runner-up of Series 4, and was a participant in the 30th Birthday Championship.

A housewife from Towcester, Northamptonshire, she won three heat games early on in the series before losing at the hands of Peter Skiba. She returned for the final rounds as #7 seed, and beat Sydney Price in the quarter-finals before beating Peter Skiba in the semis in a rematch of their earlier heat game. However, she was outclassed in the final against Brian Hudson, losing 87 – 55.

She played in Championship of Champions I, but was beaten in the first round by Joyce Cansfield.

Hunt also played in the Supreme Championship over ten years later, but was again beaten in the first round, this time by Chris Waddington.

She returned to Countdown in 2013, as one of 41 contestants taking part in the 30th Birthday Championship; among these, she was the one whose original finals appearance was the earliest. She received a bye to the first round, and won her first game against Series 8 contestant Sandie Simonis by a score of 88 – 78, after needing to unravel two conundrums to win. She then succumbed to the Series 66 champion Jack Worsley in the second round of the tournament.

Away from Countdown, Hunt occasionally plays in Scrabble tournaments. 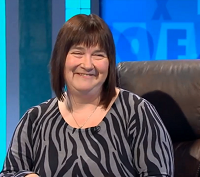 ...and just under three decades later in the 30th Birthday Championship!