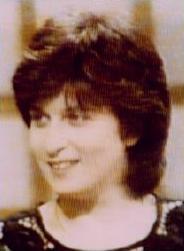 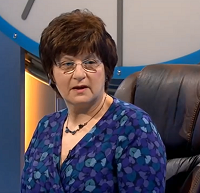 ...and 27 years later in the 30th Birthday Championship!

Sandie Simonis was a contestant in Series 8 and the 30th Birthday Championship. She was from Middlesex.

Her son, Daniel, was a finalist in Series 27.

Twenty years later, Simonis returned to the Countdown scene to compete in the Co-events CoBris 2005 and COLIN 2006.

She returned to Countdown again in 2013, as one of 41 contestants taking part in the 30th Birthday Championship. She received a bye to the first round, but lost her only game to the Series 4 runner-up Christine Hunt by a score of 88 – 78, after her opponent answered two conundrums correctly.

Away from Countdown, she has reached Expert status at Scrabble, and is Secretary of the London Scrabble League.

* includes 10 points from a tie-break conundrum
Retrieved from "https://wiki.apterous.org/index.php?title=Sandie_Simonis&oldid=158364"
Categories: