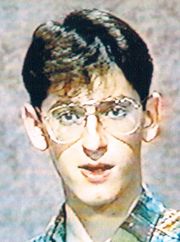 Daniel Simonis was a finalist in Series 27. His mother Sandie had previously been a contestant in Series 8.

He was invited to take part in the 30th Birthday Championship, but he couldn’t attend as he was on holiday in Spain. However, Sandi did participate, in which she lost in the first round.