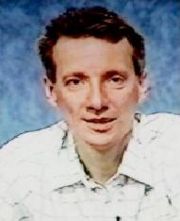 David Trace was an octochamp in and the champion of Series 9, as well as the runner-up of Championship of Champions III.

From Birkenhead, he first appeared in the first episode of Series 9 following the conclusion of Championship of Champions II. He beat all opponents placed before him to become an octochamp — the first since Darryl Francis in Series 6 — and the very clear #1 seed for the final rounds (with more than twice as many points as the #2 seed, Geoffrey Taylor). There, he contested close games against Anne Tipp and David White on his way to the grand final, where he faced off against Mick Keeble. 74 – 70 down going into the conundrum, he brilliantly unscrambled CABANARCH into CHARABANC in two seconds to become champion of Series 9 and remain undefeated.

Trace returned for Championship of Champions III, where he defeated Cathy Morgan and Darryl Francis in close encounters to set up a moutherwatering encounter with Series 10 champion Harvey Freeman. Both contestants played very well, and the score going into the crucial conundrum was 107 – 105 in Trace's favour. However, the result would turn against him in this instance, as Freeman unscrambled PURSUEPAT in a second and a half to become the champion of champions and put an end to Trace's winning streak. Nonetheless, Trace managed 107 points, ensuring a combined score of 222 in one of the closest and most high-octane matches in Countdown history.

Trace returned to Countdown for the Supreme Championship, and seemed to have lost none of his edge as he beat Russell Byers and Richard Campbell in his first two games, but he came unstuck against Allan Saldanha, losing 34 – 45.