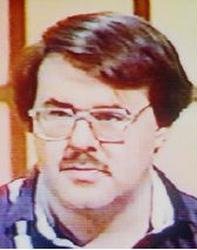 Dick Green was an octochamp in and the champion of Series 15, and a participant in Championship of Champions IV and the Supreme Championship. He was a mature student and former Met Office worker from Bracknell.

He made his debut on Friday 13 May 1988, which was certainly unlucky for his opponent Chris Beith, as Green ran out the 51 – 16 winner. Green won seven more games to return for the finals as No. 2 seed. In the quarter-finals, he beat Frances Rush 75 – 65 in a closely-fought game, and dispatched Gavin Rogers 69 – 51 in the semi-finals. In the Grand Final, he faced boy wonder and hot favourite Allan Saldanha. The game had its fair share of controversy as, in round 11, Saldanha had YOLKED wrongly disallowed. Green eventually won following a crucial conundrum to become the champion of Series 15. Although Green would have won even if YOLKED had been allowed, Saldanha was awarded his own volumes of the Oxford Dictionary of English, identical to those of Green's.

Green was a favourite for Championship of Champions IV, being an undefeated Xicount with 688 points, but in the first round, he was drawn against another series champion, Tony Vick. The lead changed hands several times, with Vick trying the invalid fangle ☓ and Green returning the favour after being disallowed spacers ☓ to Vick's valid SCRAPED. Inevitably, the game went to a crucial conundrum, and Vick spotted that IFSTYMIED unscrambled to MYSTIFIED meaning that the Series 15 winner suffered his first ever defeat.

Green returned to Countdown one last time in 1996 for the Supreme Championship, defeating Fiona Davies in the Group A quarter-finals, with VALUATE and FOGEYS being among his offerings. In the group semi-finals, he faced the unbeaten Don Reid. The game was neck and neck until round 7, when Green beat Reid with DISCOED. However, he wasn't far enough ahead to avoid a crucial conundrum, and Reid knocked Green out of the championship by solving SPRAYHOLE in under two seconds.