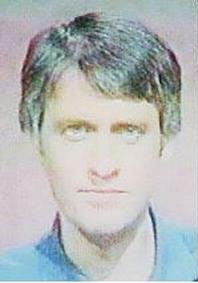 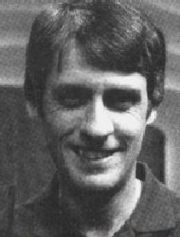 Reid-ing in black and white.

Don Reid was an octochamp in and the champion of Series 25 and Championship of Champions VII, as well as a participant in the Supreme Championship. Among the greatest of all time, Reid was from Horsham, West Sussex, but originally came from Ballymena in County Antrim, Northern Ireland.

He first appeared on Countdown on 18 February 1993 in the 27th heat of Series 25, beating Carolyn Taylor 70 – 23 in an impressive debut performance. Reid went on to win seven more games to become an octochamp with an impressive aggregate score of 487 points, and was by some distance #1 seed for the series. In the final rounds, Reid defeated Ralph Mayer and Noel Turner on his way to the final against fellow octochamp James Sinclair. After a close first half, Reid broke the deadlock by solving the first conundrum, and romped home 97 – 56 to become the 25th series champion.

Reid returned at the start of 1995 for Championship of Champions VII, and continued his impressive form by beating boy wonder Andrew Perry and trouncing Richard Campbell 65 – 17 on his way to the final against future Countdown producer Damian Eadie. There, Reid continued his impressive display of form, comfortably beating Eadie 100 – 73 to become the seventh champion of champions, and only the third ever grand slam winner (octochamp, series and champion of champions) after Harvey Freeman and Nic Brown.

Reid returned to Countdown the next year for the Supreme Championship, entering as one of only two unbeaten players — the other being eventual Supreme Champion Harvey Freeman. Reid entered a spirited performance, beating Olivia Lloyd-Potts and Dick Green before losing to Series 11 champion John Clarke after a second sudden death conundrum, necessary when neither player could solve either the first nor the second conundrums, ending Reid's televised winning streak on his seventeenth game.