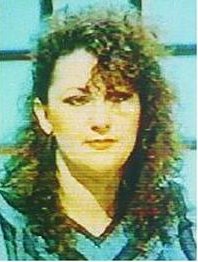 Olivia Lloyd-Potts on Tipping Point in 2013.

She first appeared on Countdown on 13 February 1985, beating Sheila Alder 52 – 35 in the 28th heat of Series 6. She went on to win four more games before being stopped by Helen Grayson. Lloyd-Potts' five wins were enough to see her return for the finals as #4 seed, where she beat Robert Healan narrowly in the quarter-finals on a crucial conundrum. Here, Healan buzzed in with the incorrect solution of SCHEDULES, leaving Lloyd-Potts to correctly offer SCHEDULED shortly after. She next beat Helen Grayson in the semi-finals, 'avenging' her earlier defeat in the heats. In the final against Darryl Francis, Lloyd-Potts put in a spirited display, but was overwhelmed by Francis' expert word knowledge, losing 37 – 69.

Lloyd-Potts' performances were enough to see her return for Championship of Champions II the following year, but she was beaten in the first round by eventual winner Clive Freedman.

Lloyd-Potts returned to Countdown one last time in 1996 for the Supreme Championship, but was beaten in the first round by the then-unbeaten Don Reid. In this game, she played reasonably well, but Reid offered several obscure words that beat hers, and she made a mistake in a numbers game. However, at the end she unravelled PROFAINOR to lose just 57 – 40.

Her sister, Pauline Latham, won 2 shows in Series 40, 14 years later. In 2015, a special episode between the pair was broadcast, with Latham winning by just 3 points. This gives Lloyd-Potts an unwanted Countdown record of six consecutive losses, including her two defeats in the Countdown Masters series.

Lloyd-Potts has also appeared as a contestant on The Weakest Link and The Chase, as well as Tipping Point in 2013.