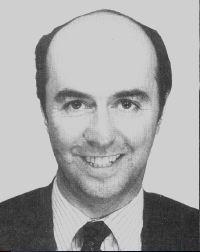 From Newcastle, he first appeared in the final heat of Series 6, defeating Neil Wilkins before making way for the finals of that series. He returned at the start of Series 7, and due to an odd rule at the time, played and won a further eight games, becoming an octochamp and the only one to have won nine heats. He returned for the finals as clear No. 1 seed, beating Gary Franks 63 – 19 in the quarter-finals, but was stopped by eventual series winner Ian Bebbington in the semi-finals, losing 49 – 46.

Freedman also played a special 14 round game against Mark Nyman before the start of Series 10, which was billed as a "champion of champion of champions" game. Nyman won that game 76 – 67. He also appeared on the special episode to celebrate Countdown's 500th show on 2 February 1987, and competed in the Countdown Masters in 1989 and 1990.

Freedman can also be seen on the front of the first edition of the Countdown board game playing against Sandie Simonis – this photograph was staged, as the two have never played on-screen.

* includes 10 points from a tie-break conundrum
Retrieved from "https://wiki.apterous.org/index.php?title=Clive_Freedman_(Series_6)&oldid=143974"
Categories: