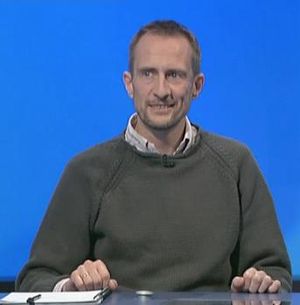 Andrew Fisher on Letters and Numbers.

Andrew Fisher was a contestant in Series 8. He was a French and Latin student from Stockport, Cheshire.

He was declared the winner of the second series of Countdown Masters after he achieved its highest score of 120.

He is also a Scrabble Grandmaster and is the 1996 National Champion. After emigrating to Melbourne, Australia in 2002 (and since representing Australia in international tournaments) he finished runner-up in the 2011 World Scrabble Championship, losing the final 3 games to 2.

In August 2010, he appeared on the Australian version of Countdown, Letters and Numbers, and was crowned as the show's first ever series champion in December of that year.