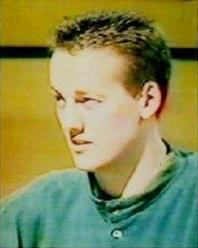 Julian Hough was the runner-up of Series 7, and a participant in Championship of Champions II and the Supreme Championship.

An economics student at the University of Manchester, Hough won the final six heat games of the series to enter the finals unbeaten as #2 seed. He beat Tim Davies and Jean Fish in the quarter- and semi-finals respectively to reach the final against Ian Bebbington. Bebbington went 30 points into the lead before Hough made an excellent attempt at a comeback by spotting the nine-letter word CERTAINTY and one away from the 923 target in the last numbers game. The game went to a crucial conundrum with Hough trailing by just five points, but neither contestant was able to unscramble it in the time, meaning Bebbington became the series champion.

Hough also appeared in the Championship of Champions II, but was beaten by Laurie Silver in the first round. Hough would also return for the Supreme Championship. He defeated Ash Haji with a convincing performance, including a nine-letter word, before losing to Damian Eadie by six points in the group semi-final. In 1989, Hough played in the first series of the Countdown Masters and was declared the overall champion, having achieved the highest score of the series with 124 points.