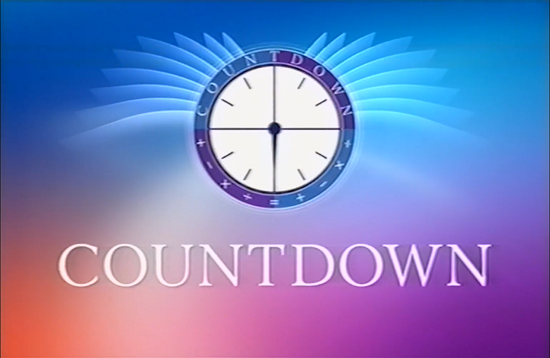 A new opening title sequence and logo was introduced in the first game of this championship.

Championship of Champions X ran from 27 to 31 December 1999, and was won by Scott Mearns. It was the first series to be broadcast in 16:9 aspect ratio.

Richard Whiteley referred to the contestants selected as the "super six" - the four winners of Series 38 through to Series 41, as well as the two highest scorers through those four series: John Ashmore from Series 38, Kate Ogilvie and Terry Knowles from Series 39, Terence English from Series 40, and Scott Mearns and Simon Cooper from Series 41. Because the tournament was a lot shorter than normal, only lasting 5 games, Ogilvie and Mearns, the only unbeaten players, were given byes into the semi-finals.

In the first quarter-final between Simon Cooper and Terence English, English took an early lead with VIRULENT, before Cooper struck back by getting seven points off a difficult numbers game. English held a steady one-point lead until round seven, when he spotted MUTATION, stretching his lead to nine points. Both contestants failed to achieve the final numbers game, meaning the conundrum was still crucial, but English unravelled FINESTYIN within two seconds to win by a bigger margin than the game might suggest. The second quarter-final was even more exciting, between Terry Knowles and John Ashmore. In round one, Knowles had WORSTED, whilst Ashmore attempted to stick an A into Knowles's world, but worstead ☓ was disallowed. Ashmore reduced the deficit by five points on the first numbers game, before taking the lead in round five as Knowles spotted a phantom O. The gap did not change throughout the next two letters rounds, before Knowles spotted the final numbers game to hold a six-point lead going into a crucial conundrum. Neither player was able to spot HARRYRIDE, leaving Knowles to advance into the semi-finals.

English played Ogilvie in the first semi-final, which was the first between two champions in the tournament. Ogilvie pulled out an eight-point lead in round one, immediately countered by English in round two before taking the lead in round three as English spotted ACTIVE whilst Ogilvie could only find FACET. Ogilvie, however, hit 977 on the following numbers game, whilst English could only muster 978, handing the lead back to Ogilvie. Thereafter, the game spiralled downwards for English: the gap was increased to 11 points in round five, and English had lousey ☓ disallowed in round seven, increasing the deficit to 17 points. Both contestants spotted the following numbers game, and Ogilvie also spotted the conundrum, to guarantee herself a place in the final. Mearns dominated the other semi-final, between himself and Knowles. Three eight-letter words to start with plus a perfect numbers game gave Mearns a commanding 16-point lead at the break. Mearns and Knowles matched each other through the second half, before Mearns was able to spot LAMCURRIE in just under three seconds to book his place in the final. Mearns only dropped four points from a max game: he dropped one point in round five and missed the last numbers game.

It was to prove coincidental that the two players who received byes would play each other in the final. Mearns and Ogilvie both started the 14-round game with two sixes in the first two rounds, before Mearns spotted 548 in the first numbers game whilst Ogilvie only saw 547. Mearns then spotted TOMBOLA in round five and got one away on a difficult six small numbers game in round six, and then buzzed in on one second on the first conundrum, MUDHUTLOO, with "it's not me, but LOUDMOUTH", giving Mearns a hefty 34-point lead at the halfway stage. Ogilvie attempted a comeback by spotting SPEAKING in round eight, and Ogilvie's chances were increased when Mearns had the nine distorter ☓ disallowed the following round. With the deficit reduced to 19 points, Mearns added another seven points onto his lead on another difficult six small numbers game, before a poor letters selection in round eleven and a comparatively easy one in round twelve gave Mearns an unassailable lead. The final numbers game was straightforward, but neither contestant was able to spot UGREATONE, leaving Mearns to run out the winner by 82 points to 56.