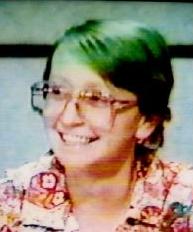 Helen Grayson was a contestant in Series 1 and a finalist in Series 6. She has also been a finalist on Mastermind and Fifteen to One.

Grayson first appeared in Series 1 where she drew with Joyce Cansfield in her first game, and then won their subsequent encounter which was followed by two more wins. She retired from the series unbeaten before coming back to take part in Series 6. She won seven consecutive games before retiring unbeaten again, one game short of becoming an octochamp. However, her seven wins and 437 points were enough to see her back in the finals as the number one seed, ahead of octochamp Darryl Francis, who only achieved 436 over eight games (this was before the rules were changed in Series 38 so that number of wins took precedence over points).

Grayson's points total of 437 stood as the all-time record until Harvey Freeman scored 523 in Series 10, despite the fact that she played only seven games. Even more remarkably, the aggregate maximum score (maximum octochamp total) for the eight-game string beginning with Grayson's Series 6 debut had been only 551 points – the lowest in history. Grayson achieved 90.3% of the points available to her, a percentage comparable to Kirk Bevins in the 15-round era.

Grayson convincingly beat Peter Hillman 54 – 18 in her quarter-final match before a surprise defeat in the semi-final to Olivia Lloyd, the player she beat to start her winning run in Series 6. She also played in both Countdown Masters series, beating Stephen Deakin in Series 1 and Philip Nelkon in Series 2, but did not feature in a Championship of Champions tournament nor the Supreme Championship. She has one of the most impressive records of anyone not to win a championship.