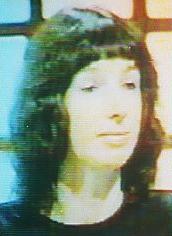 Jenny Haldane was a finalist in Series 16. She was a part-time staff nurse from Edinburgh in Scotland.

Haldane's debut on 5 August 1988, in which she beat John Widdowson 70 – 46, is believed to be the show's first ever max game. She followed this with 6 more victories, all but one of which included scores above 50, before losing her eighth match to Roger Wales. Qualifying for the finals as No. 2 seed, Haldane's series run was ended by eventual series winner Tony Vick.

Haldane also co-founded the Edinburgh Countdown Club, with Nita Marr. In 1990, she beat Marr in a Masters game by a score of 99 – 81. Haldane also appeared on Catchword on BBC 2.

Haldane sadly passed away in July 2016.