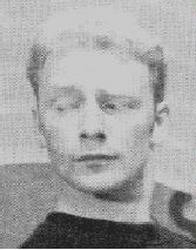 Andy Bodle (born 7 February 1970) was the Series 26 champion, and a participant in Championship of Champions VII and the Supreme Championship.

He first appeared on 30 July 1993, beating Val Frost 57 – 50 in the 20th heat of Series 26. Bodle would go on to win two more games before being stopped in his fourth by Joe Brown, losing by just one point. However, the three wins were enough to see Bodle return for the series finals as No. 7 seed. After defeating Howard Whiteley (no relation to Richard) and Chris Feetenby in the quarter- and semi-finals respectively, Bodle found himself facing No. 1 seed and hot favourite, the 11-year old Andrew Perry in the Grand Final. Both players put in a high-standard performance, with Bodle offering words such as DIOXANE and PLEURISY. However, Bodle managed to amass a 22-point lead going into the first advert break, and with Perry having a word disallowed in the first letters round after the break, Bodle was able to stretch his lead and eventually run out the 73 – 45 winner and 26th series champion.

Bodle has worked as a stand-up comic, newspaper writer and sub-editor for The Guardian and as a TV script writer, and has also written questions for quiz show Only Connect. He was originally from Swindon, but moved to Leeds.