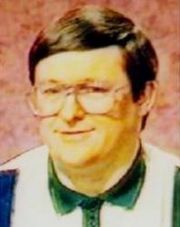 Phil Jordan was the runner-up of Series 23.

He first appeared on Countdown on 7 February 1992, beating reigning champion Nick Atkinson 48 – 20 in the 30th heat of Series 23. He went on to win a further seven games, becoming an octochamp and returning for the final rounds as #2 seed. He beat Rodney Crawshaw in the quarter-finals and Paul Perriman in the semi-finals to set up a #1 seed vs #2 seed final against Gareth Williams. In the final, Jordan was still in contention right up to the end, trailing by a mere nine points heading into the crucial conundrum, but neither player was able to unscramble PEPSICOLA in the time, meaning Jordan lost both the game and the series.

Jordan returned the following January for Championship of Champions VI, but was defeated in the first round by eventual winner Wayne Summers.

Four years later, Jordan returned to Countdown to play in the Supreme Championship. His first opponent was Andy Bodle, the champion of Series 26. Bodle pulled ahead early in the game by spotting APOLUNES and FAVORS (which would not be allowed under today's rules, as it is a US spelling). Jordan scored in every round thereafter, including the conundrum LYCHEELAB, but it wasn't enough to catch up and Bodle won the game 55 – 51.

Jordan was the originator of the "inverted T" selection for the numbers game, which has become popular amongst Countdown contestants and is still used to this day.