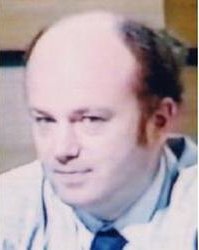 Russell Byers was the runner-up of Series 2, a semi-finalist in Championship of Champions I and a participant in the Supreme Championship.

He was an audit clerk from Selby, North Yorkshire. He won four heat games in impressive fashion, beating Ash Haji in the first game. He lost his fifth game to Michael Firth, but had done more than enough to return for the finals. He beat David Myerscough, Gary Roussak and Norma Nicholson on his way to the final, a rematch of his earlier heat game against Ash Haji. However, the final, the first ever 14-round game, didn't go Byers's way as he lost by a solitary point.

Byers played in Championship of Champions I, beating Andrew Guy in the first round before losing to Joyce Cansfield in the semi-final. His sister, Esther, became a finalist in Series 3.

Byers would return to Countdown some 12 years later to play in the Supreme Championship, where his first opponent was the Xicount David Trace. Trace first spotted UPENDING and beat him on a numbers game. Byers's luck improved later on as he found a nine-letter word and quickly turned the conundrum HEATBURNS into SUNBATHER. It was too little too late as Trace still won, but Byers did score 63 points, the highest losing score of the championship.

Byers also finished ninth in the inaugural COLIN event in 2005, over 22 years after his association with Countdown began.

He is also a Scrabble player and won the UK National Championship in 1982 and 1989.