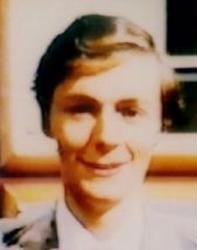 Andrew Guy was the champion of Series 3.

An 18-year old student from Leeds, he entered the quarter-finals as #6 seed, having only won two heats of the show. He comfortably defeated #3 seed Allan Simmons in the quarter-finals before beating #2 seed, the first ever octochamp William Bradford in the semis. In the final, he unscrambled the crucial conundrum RREEALOTC in 3 seconds to pull off a major upset and defeat the hotly-favoured #1 seed Mark Nyman to become the third series champion. He returned for Championship of Champions I, but was defeated in the quarter-finals 61 – 48 by Russell Byers. Andrew did not play in the Supreme Championship.