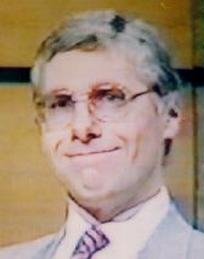 Lawrence Pearse was an octochamp in and the champion of Series 17, a semi-finalist in Championship of Champions V and a participant in the Supreme Championship.

A civil servant from Cheltenham, he made his debut on 22 February 1989, near the end of the series, where he beat Jim Saywell 53 – 34. Pearse won a further seven games to become an octochamp and #2 seed for the series behind the hotly-favoured Tim Morrissey. In the final rounds, Pearse beat Jean Tweddell and Vicki McCarthy on the way to the final against Evan Simpson. The final was a back-and-forth affair, with Simpson leading by 19 points after the first conundrum, but Pearse managed to stage a comeback, and with Simpson not scoring due to a series of messed-up numbers games and disallowed words, it was done and dusted by the conundrum — Pearse ran out the 80 – 64 winner and champion of series 17. His son Alex had also appeared in the same series, and they went on to play a Masters game against each other.

Pearse returned for Championship of Champions V, beating Michael Wareham in the first round before losing to Gino Corr in the semi-final, a game that is most remembered for the oft-repeated out-take where both contestants declared the word WANKERS [1].

Pearse returned one final time for the Supreme Championship in 1996, but was beaten by Jackie McLeod 47 – 45 in his first game.