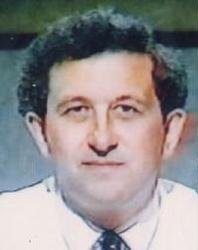 Michael Wareham was the champion of Series 19, and a participant in Championship of Champions V and the Supreme Championship.

The headmaster of New Park, Prep school in St. Andrews, Fife in Scotland, he first appeared on 2 March 1990, beating Robert Endeacott 58 – 45. Wareham won 3 more games before falling at the hands of Sylvia Roche 55 – 34. Wareham's 4 wins were enough to earn him the #3 seed spot for the final rounds, where he beat Mark Cooper and Elaine Newcombe on his way to the final against Gino Corr. The final was neck-and-neck after the first conundrum, but three disallowed words from Corr allowed Wareham to edge ahead, and win by a score of 92 – 68 to emerge as champion of Series 19.

Wareham returned in 1991 for Championship of Champions V, but lost to Lawrence Pearse in the first round.