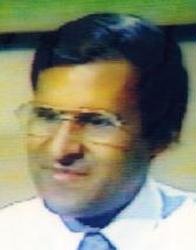 A doctor from Cheshire, commonly referred to on the show as Yoga, made his debut on the first show of Series 18, broadcast on 10 July 1989. In that show, he defeated Monica Kirby 59 – 36, and went on to win five more shows before losing his 7th 44 – 37 to Shirley Scott. Yoga returned for the final rounds as #3 seed, and in the quarter-finals, 'gained his revenge' on Shirley Scott, beating her 46 – 39, and beat octochamp Richard Evans 56 – 46 in the semi-final. In the final against Mandi Hale, Yoga led 82 – 73 going into the crucial conundrum, which he unscrambled in 2 seconds to win the final and the series.

The following year's Masters would prove to be Yoga's final appearance on Countdown, as he returned to Sri Lanka, so was unavailable for both Championship of Champions V and the Supreme Championship.