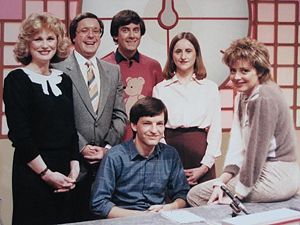 Steven Tew (front) in 1985 with the then Countdown presenting team. 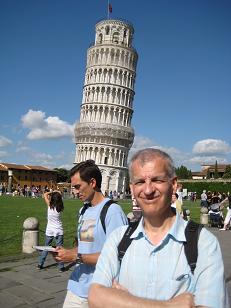 Steven Tew was a contestant in Series 6.

Although it was not mentioned on the show, he was originally from Maesteg in South Wales. Having moved to Wakefield, he became a standby contestant for a while, due to his proximity to Leeds. He eventually appeared in 1985, when he was 25. After winning one game, he was unfortunate enough to lose his second - against the eventual series winner Darryl Francis - by just one point on the crucial conundrum PREACHING.