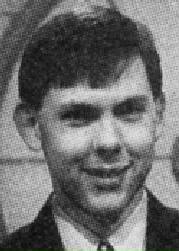 Darren Shacklady was the champion of Series 29 and a semi-finalist in Championship of Champions VIII.

He was from Bickerstaff, Lancashire, and first appeared on 18 February 1995 beating Tony David 69 – 38 on his début, which also happened to be the second ever max game in the show's history. Shacklady went on to win four more games before losing to Tim Dickinson 63 – 52, but his scores — he averaged almost 65 points a game, which if he had completed his octochamp run, would have put him on a par with Harvey Freeman — saw him return for the finals as #3 seed. Shacklady beat Barry Hughes and Andy Cusworth on his way to the final against Chris Rogers. Shacklady dominated the final, winning 105 – 63 to become the 29th champion of Countdown.

Shacklady was a favourite for Championship of Champions VIII in 1996, where he beat Satbir Gupta in the first round before losing narrowly to Kenneth Michie in the semi-finals after neither player solved the crucial conundrum.