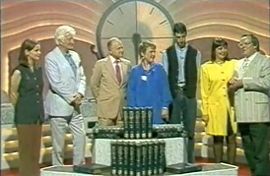 Verity Joubert, the series winner, with her dictionaries.

Series 30 ran from July 1995 to September 1995, and was the first series to feature the "minimum three vowels and minimum four consonants per round" rule. The thirtieth of 53 series presented by Richard Whiteley, it was won by Verity Joubert. Notably, the grand final between Joubert and Chris Colsmann involved the two overall lowest seeds of the series.

A desktop computer was given away as a supplementary prize to the player who achieved the highest score in a single 9-round game of Series 30. This was ultimately won by No. 2 seed Andrew Bull, who achieved 73 points in Episode 1666.