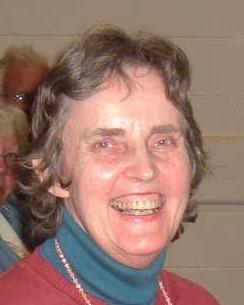 Tricia Pay and her signature smile.

Tricia Pay was a contestant in Series 29 and an octochamp in Series 71. She was a doctor from Dunsford, Exeter.

Pay's octorun is considered to be one of the greatest and most consistent in the history of the show. She is also considered to be amongst the female all-time greats, up there with Jen Steadman, Antoinette Ryan and Heather Styles. It began with the downfall of two-time winner Jason Turner, Turner initially broke a lead with the word PITHEADS, however Pay fought back with IDOLISES, NEGATORS and OUTRAGED, as well as unscrambling the conundrum AVOIDANCE to secure her place in the champion's chair. Pay's performance only escalated from thereon, with incredible spots such as GRANULITE, ATROPINE, DARIOLES and the remarkable nine-spot DESPOTISM. This, combined with impeccable performance in both the numbers and conundrum rounds, secured Pay the #2 seed spot, which was then reduced to #3 after the performance of Antoinette Ryan. Pay's seven-century octotal of 857 is ranked #3 for any female player (#25 including male players).

Pay returned for the finals as #3 seed to face the #6 seed Laurence Killen. The game was surprisingly close, however a mistake in a numbers round and the invalid word flouters ☓ saw Pay leave the contest in remarkable fashion, losing by just a single point. This was a shock for many, as Pay was the one contestant that many viewers thought had the potential to bring down the formidable Dan McColm.

Away from Countdown, she was an ABSP Scrabble player but also played Scrabble in French and represented the United Kingdom at the 1999 World Scrabble Championship in French in Switzerland. Using these skills, she appeared on Des chiffres et des lettres in June 2008. In France, she lost both legs of her first game, including the second leg by just one point.

Pay sadly died in February 2015 after a long battle with cancer.