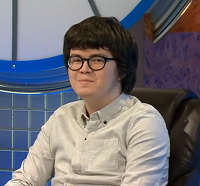 Sean McCarthy was a contestant in Series 82. He's a Part-Time Maths Tutor from London.

McCarthy's second game proved controversial, as it was lost by virtue of McMackin's incorrectly-allowed offering of SHOUTIER.