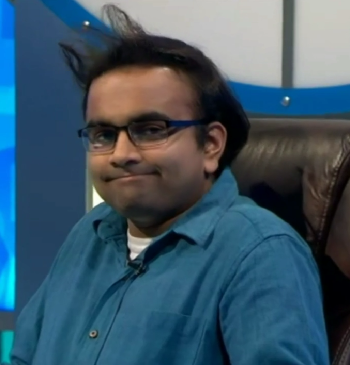 Ashwin Abinashi was a contestant in Series 76. He joined Apterous 8 months later.