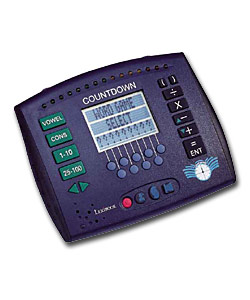 The Countdown electronic game is an small hand-held computer game given away in the Countdown goody bag. The game is black and it measures about 14 cm by 11 cm. Players can play a nine round game by choosing their own letters and numbers. Players can player letters games and select vowels and consonants, and have the computer verify the words. They can also play numbers games by selecting large and small numbers, although the solutions have to be inputted with brackets all as one line, rather than by using steps which is how it is normally done on the real show. This makes inputting solutions laborious. There's also a conundrum at the end, although it's also difficult to input the solution quickly, as the player has to hit nine individual buttons before pressing enter.

Julian Fell famously said that he'd trained himself over a long period by playing the electronic game, which is how he learned so many words, while players using other anagram programs tend to pick up a lot of invalid words as well as many valid ones. 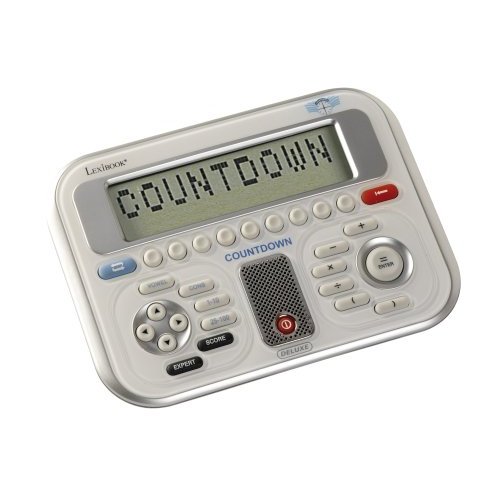