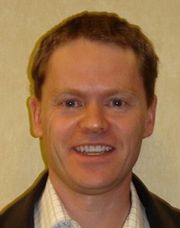 Lee Hartley (no relation to JR) was an octochamp in Series 47. His brother, Ian, later appeared in Series 56.

Lee Hartley made an impressive 811 in his heats. He returned for the quarter-finals, but was defeated by Kevin Thurlow.

Retrieved from "https://wiki.apterous.org/Lee_Hartley"
Categories: Finalists | Octochamps of the 15 round era | Contestants in Series 47 | Teapot owners