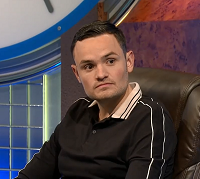 Matthew Chivers was a contestant in Series 83. He is from Welwyn Garden City.

Chivers supports Tottenham Hotspur, thus Colin Murray joked that his victory in his debut was the biggest trophy Spurs had won in quite some time. However, he then, quite ironically, lost to an Arsenal fan.