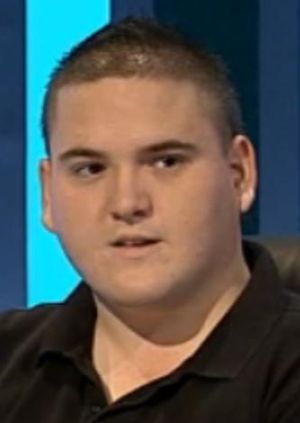 Scott Gillies was an octochamp in Series 63. He is also an Apterite.

He started his run in Series 62 against Dominic Travers, but only won five games before the quarter-finals. He therefore carried over to Series 63 and won three further games, including a score of 122 using the nine-letter word DREARIEST, to become an octochamp with a total of 810 points. Gillies qualified for the Series 63 finals as #5 seed. Here he lost very narrowly to Marcus Hares, on a crucial conundrum with a highly controversial scramble.