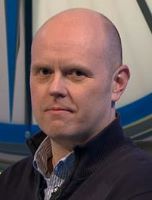 Steve Redfern was an octochamp in Series 72. He was the last octochamp to appear in the series, achieving his sole century in his final heat game. In the quarter-final, he kept in touch with number 2 seed Gerry Tynan but was unable to force a crucial conundrum.

Retrieved from "https://wiki.apterous.org/Steve_Redfern"
Categories: Contestants in Series 72 | Teapot owners | Octochamps of the 15 round era | Finalists