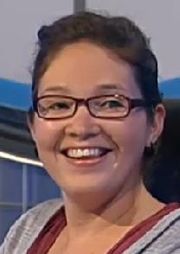 Tia Corkish was an octochamp in Series 67. She is believed to be the first Canadian to win an episode of Countdown, though she was residing in the UK at the time of her appearance.

Corkish scored 697 points in her octorun, which included two centuries in her final appearances, to return as number 6 seed for the finals. She was defeated in her quarter-final by eventual runner-up Heather Styles.

Retrieved from "https://wiki.apterous.org/Tia_Corkish"
Categories: Contestants in Series 67 | Teapot owners | Octochamps of the 15 round era | Finalists