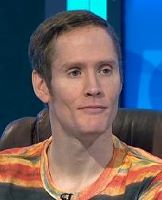 Andy Noden was a contestant in Series 71 and an octochamp in Series 72.

Noden made his debut in the final heat game of Series 71, before returning in the new year to complete his octorun. Noticably in his fifth game, he scored the maximum in all 10 letters rounds, but no points in the numbers or conundrum. He returned for the finals with the Countdown teapot tattooed on his arm, to face number 5 seed Kevin Steede. In a tight game, Steede's ballsy decision to play four large on the last numbers game while ahead proved vital, as it won him the game, although Noden had the last word by solving the conundrum.