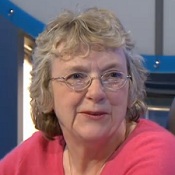 Chris Ball was a finalist in Series 68. She won three games before losing to Series 69 semi-finalist Glen Webb (who had his run interrupted by the series finals). Ball returned for the finals as number 7 seed but was defeated by Andy Platt.