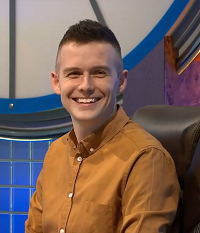 Craig Fawcett was a finalist in Series 85. He was a Market Researcher from Wimbledon.

Fawcett first appeared on 8 April 2022, against Mike Canning, winning with a score of 95 to Canning's 74. From here, he continued a strong run, with a personal best of 117 points before losing against would-be runner-up Matt O'Connor despite winning a letters game with PARAMOURS for nine. However, his five wins and 581 points were enough for him to qualify for the finals as No. 8 seed. In a difficult series featuring seven octochamps, Fawcett lost his quarter-final to No. 1 prospect Dan Byrom 106 – 27, although he did beat the top seed on a numbers round. He obtained an overall total of 608 points in his run.