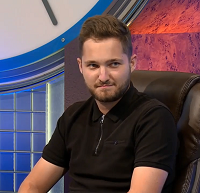 David O'Donnell was a contestant in Series 82. He's a Recruitment Consultant from Bushey, Hertfordshire. He is also an Apterite, whereby he uses the name "Dave O'Donnell" to differentiate himself from Series 58 champion David O'Donnell.