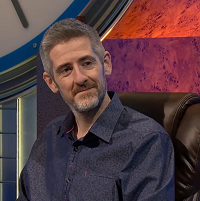 Declan McGurk was a finalist in Series 83. He was a Pricing and Data Specialist from Leeds. He subscribed to Apterous after his heat shows were broadcast.

McGurk first appeared on 11 February 2021 against Judith Marshall, winning with 79 points to Marshall's 67 points. From here, he achieved a further six victories, including two centuries, before losing his seventh game to Coral Heath. McGurk's total of 616 points eventually earned him a spot in the series finals in June, but was convincingly knocked out by No. 3-ranked Adam Latchford in the third quarter-final. McGurk amassed an overall total of 656 points in his run.