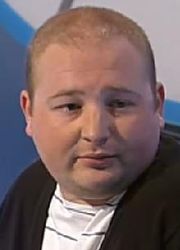 Liam Shaw was an octochamp in Series 67.

Shaw scored 708 points in his octorun to return for the finals as number 4 seed. In the quarter-final, he faced Rose Boyle but lost on the crucial conundrum AMRAPICON.

His mother, Mandy Middleton, appeared as a contestant in Series 69. More than seven years after his last appearance, he became the audience member that solved the conundrum on 25 March 2020.

He has since become an Apterite.

Retrieved from "https://wiki.apterous.org/Liam_Shaw"
Categories: Contestants in Series 67 | Teapot owners | Octochamps of the 15 round era | Finalists