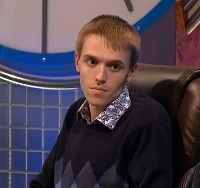 Niclas Want was a contestant in Series 85. He was a fourth-year Maths Student from Barry in the Vale of Glamorgan, though at the time he lived and studied in Warwick.

His father appeared on an episode of The Krypton Factor in 2010, alongside Series 80 champion Dinos Sfyris.