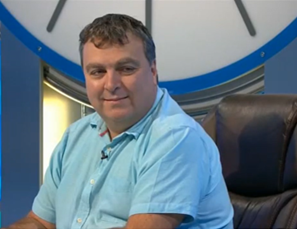 Paul Worsley in his quarter-final match.

Paul Worsley was a finalist in Series 71.

Having appeared during Series 70 as an audience member solving the conundrum, Worsley made his debut as a contestant later in 2014, winning against fellow apterite Farhan Ahmed. He won six more games before losing on a crucial conundrum to returning contestant Michael McDowell. He returned for the series finals but lost to eventual champion Dan McColm in his quarter-final.