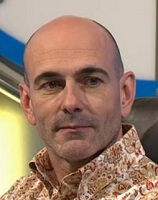 Stephen Fuller was a finalist in Series 75. He is also an Apterite.

Fuller won the last six games before a two month filming break in the spring. On his return, he was rather rusty and was defeated convincingly by Aidan Linge. He returned for the finals as No.7 seed due to the withdrawal of Annie Humphries, and caused an upset by defeating No.2 seed Jamie Washington in the quarter-final. He was defeated by Andrew Macleod in the semi-final.

Fuller's daughter, Samantha Dorrough, solved the conundrum from the audience during his sixth preliminary. She also appeared as a contestant later in Series 75, losing to Fuller's semi-final vanquisher Andrew MacLeod.

On 25 January 2021, Fuller appeared on Mastermind on BBC Two, in the same series as Linge.