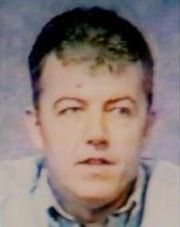 Steve Fisher was the runner-up of Series 38. He was a 28-year-old Royal Navy engineer from Eastleigh.

On 18 March 2003, he filmed a 15-round game against John Ashmore, as a rematch of the Series 38 grand final, but this is yet to be broadcast.